chama management, Chamas
How Big Should Your Chama Be?
January 22, 2014   by Chamasoft 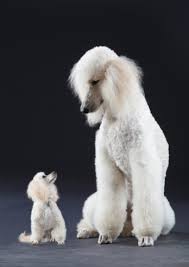 Chama experts agree that the size of the Chama determines just how successful it will be.  Thus when forming your Chama, keep in mind the best size.  The truth is, if the Chama is too small, there’s not enough investment power or variety. If the Chama is too large, it becomes slow and the direct personal payback is diminished. For example, have you ever attended a meeting with 20 people already on the room? The feeling is usually: “There’s no room for me here. They don’t need me. It’ll take me forever to put across my point.”

Whilst there is no exact answer to the question of what is the best Chama size. It depends on human factors, such as the make-up of the individual Chama players. For example, how well do they communicate and how focused and committed are they for success? It also depends on the investment goals at hand.

However, there are guidelines for setting team size. Think in terms of the games. Sports teams, for example, are typically made up of 5-12 people. If the team is too small, the power of the feeling of group victory is minimal. If the team is too large, people begin to lose sight of their individual contribution, and the chance of building deep relationships is minimized.

So, what Chama size is best for everyone to participate fully?  You need to consider the following:
•    the purpose for forming the Chama
•    the expectations you have of the Chama and its members
•    the roles that the Chama members need to play

So, the best Chama size is not an easy answer. Teams are known to function cohesively with a size up to 12 members.  More than that the Chama is not as effective.

6-person Chama
The number six is also good and common in sports as well.  A six-person Chama can work just as well, but having a good Chama depends on more than size.  Just make sure your Chama will be effective. At the beginning you can organize a Chama retreat where all of you go somewhere fun together to get to know each other and build trust.  This is something that many Chama founders forget to do when they create a Chama.  It is important at the beginning regardless of the size of your Chama to  get to know each other and share individual money and investment values so you can come up with Chama investment values. But most importantly, you can have your new members work on the Chama goals, the Chama norms and  operating principles.

Diversity: Bad or good for Chama?
On the other hand, we cannot rule out Chama diversity. Some theories suggest that
diversity represented by bigger Chamas through gender, status and age leads to conflict and poor Chama integration while various other studies suggest just the opposite. The general assumption is that people like people who are similar to themselves, so there is a theory to suggest that a lot of diversity is bad for Chamas. “But there is also a theory that says diversity is great, that it creates more ideas, more perspectives and more creativity for better solutions.  Though diversity is good for Chamas, we cannot rule out the distinct value in having some similarity between Chama members. This forms the basis for chama mental models; defined as Chama members’ shared, organized understanding and mental representation of knowledge about key elements of the Chama’s environment. Chama members who share similar mental models can, theorists suggest, anticipate each other’s responses and coordinate effectively when time is of the essence and opportunities for communication and debate are limited.