Chama meetings, Chamas
Why your Chama needs a culture
January 26, 2014   by Chamasoft

Why your Chama needs a culture 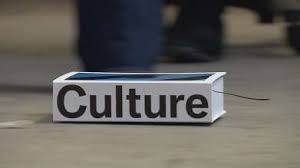 No two Chamas are the same.  They differ in terms of investment vision, members and even ideologies.  For these Chamas to accomplish their goals, they must embrace a set of behaviors that will get them there.  That’s where Chama culture comes into play.  Culture is the beliefs and values of a Chama, which then sets the behavior of members in the Chama.   In other words, culture is something that can be created.

Chama culture can play a role in how the members act and think and are a major factor in how the Chama conducts itself. For a Chama leader trying to create a positive Chama environment, understanding shared values and beliefs are a critical step towards promoting healthy culture.  But, the truth is, creating a chama culture is no walk in the park. However, many Chamas have successfully created a culture that allows them to promote healthy ideals and beliefs. Here are some ideas to help you create a culture for your Chama.

In order to develop a Chama culture, as a leader you need to understand the forces within the Chama. One important way to understand your Chama environment is to talk to your members. Get an idea of their individual values and beliefs and what they expect out of the Chama.  In addition, communicating with members can help you understand what motivates that drives them to be in your Chama.  Gauging perspectives and ideals will allow you to create a culture with the members in mind.

What are your main goals of creating the Chama? Some Chamas try to promote fun and creativity, while others focus on efficiency and productivity. Creating a Chama environment to complement these values will play a major role in fostering culture. For example, a Chama that strives to promote creativity may want to meet in a fun environment such as an open restaurant that offers entertainment or one of the members can hold the Chama meeting in a fun home environment.  For a Chama that places value in making lots of money within a short time, having regular investment training sessions would be their norm. In other words, creating a balance between values and environment can play a major role in your quest to create a culture.

Creating Chama culture should not be a task solely for Chama leaders—the members of a Chama also play a major role. Allow members to contribute ideas.  Also, have a Chama meeting at the beginning of the year and maybe again mid-year in June. Don’t wait until there is a crisis to have this talk. A leader should try to be proactive rather than reactive. After discussing what your goals are for the year, consider these questions as a Chama:

1) What is our Chama approach to investment?

2) How much money do we want to make?

3) How do we deal with conflicts among members?

4) How do we handle losing money in investments?

After coming to agreement about these answers, put together some standards of behavior. These could be:

– We will respect the directions of the leadership.

– We will work hard at Chama goals.

– We will encourage each other to work hard and succeed.

– We will respect all members

These rules may seem absurd or trivial. That is just fine. Every Chama has different goals and varying degrees of commitment. What is important is to meet, listen to everyone’s voice, and figure out the standards on which you can all agree. It can be your mission statement or your code of conduct or your constitution. All that really matters is that this structure will help guide the Chama throughout the year. And remember that this is a living document that can be amended when needed.

Remember, a Chama’s performance is strongly linked to its member culture and each individual member is a direct representation of their leadership.  Chamas excel when a fair, strong structure is provided by their leader.