chama management, Chama meetings, Chamas
Get the best out of your chama members
September 27, 2013   by Chamasoft 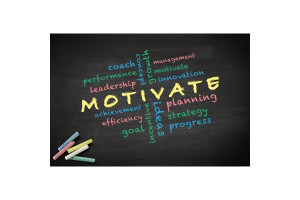 Running a chama is no easy task. And sometimes one of the worst decisions that chamas make is to add members who do not blend well with the chama. That said some of the luckiest chamas are those who have members on the same page. A bad chama member will set you back months and a good member will increase prosperity for the chama by leaps and bounds. So the real question begs: How you get the best out of your chama members? Some would argue that you just recruit the right type of people to join your chama. But, that’s not enough. You need to do much more as human beings are complex thus you have to go an extra mile to align your chama members’ goals with that of the chama. For instance if the sole purpose of the chama was to invest in real estate; you may find that some members come up with other ideas such as investing in motor vehicles or shares, thus derailing the whole plan. Thus it is the founder’s job to ensure that all members are reading from the same script with no derailment and also minimize of squabbles. Here are some ideas to help you.

Have a chama document that outlines its investment goal

Make sure that from the onset you have a document that clearly states the purpose of your chama, your goals and what you hope to achieve. Make sure that everyone joining the chama is well versed with this document and willing to go along with it.

This is important because if you allow some members to get away with inappropriate behaviour such as tardiness, skipping meetings without explanation, not making contributions on time. This will create resentment from members who are committed to the chama. Thus come up with a way to discouraging bad behavior and encouraging the good.

Have your chama meeting is a different setting

Once in a while take a breather from your normal meeting place. You could enjoy a chama trip or plan a picnic focused on chama team-building. This simple motivational tip can keep your chama members excited to be in your group as besides just investing, they have fun as well.

Don’t say one thing and appear to do another

If you’ve just gotten everyone in the chama saying that everyone must attend meetings on time without fail, don’t show up 30 minutes late a few days later. You’re not acting the way you’ve asked everyone else to act. This can make the chama members feel duped and erode their trust in you.

Each person in your chama is different. Accept that. And that’s a good thing because different people bring fresh ideas and insights to the chama – but only if you let them. You might think that investing shares is the only brilliant investment idea, but some chama members might feel that real estate is more secure. You might like to have the chama meetings in the evenings after work, but some of your chama members who have small children likely want to go home straight and not keen on evening meetings. Respect the different personalities and preferences among your chama members, and understand what they need to contribute their best to the chama.