chama management, Chamas
How to handle members leaving the Chama
November 03, 2013   by Chamasoft 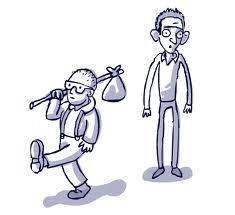 How to handle members leaving the Chama

For most Chamas, it is common to have members leave the Chama for various reasons. Members leaving a Chama are part and parcel of running your Chama. At some point of other, some members may opt to leave the Chama thus you must be prepared to handle this matter properly. As the Chama leader, the first thing you need to do is to plan ahead.

It’s important that your club’s operating procedures set out clear policies for handling departing members. Standard Chama rules require members to give notice of their intention to leave. At least 30 days’ notice is a good idea. This gives the treasurer time to work out whether the Chama can pay back the member’s contributions from its cash reserves or whether it has to sell shares to raise the money. If it makes sense, the treasurer can conserve cash in the bank from monthly contributions to build up the fund necessary to pay back contributions to a leaving member. Also, this gives you time to recruit a new member to replace the one leaving. If you allow members to depart without a provision for adding new members, eventually your Chama would dwindle down to zero members. Most Chamas add members whenever they find qualified candidates, up to the point where their Chama reaches the maximum numbers of members according to their setup agreement. If you use the unit value system of club accounting, always have a replacement for a departing member.

Another tactic you can use as far as withdrawal from the Chama, try to discourage members from pulling out of the Chama by keeping a close tab on what is happening to your members and resolving problems promptly. If a member is experiencing financial challenges, rather than letting him or her pull out, as the leader encourage the rest of the members to help her out till she is back on her feet again. Or if there is bad-blood within the Chama, you can get to the bottom of it and try and resolve it so as to keep your member from leaving. Also, your bylaws may try to limit members from casually walking out of the Chama; members should consider their investment in the Chama to be a long-term project and should be committed to it.

That said there will be cases where members will not want to stay despite your efforts. There is no reason to prohibit members from withdraw from the Chama. However, in order to prevent sudden mass exodus from the Chama, balance the members’ need to leave to the money they have invested, as well as the Chama’s need for a steady and growing base of capital. Some Chamas try to inhibit members leaving by penalizing the member a withdrawal fee. This works sometimes and may act as a deterrent. However, if a member is determined to leave, Chamas shouldn’t try to delay the member’s funds unreasonably, either. Standard practice today is for a Chama to pay a member completely within 30 days of the meeting at which the withdrawal was requested. It’s really unfair to delay making a member’s refund payment any longer than a month or to charge an excessive withdrawal fee.