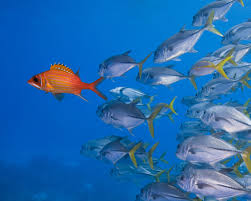 As you lead your Chama, you need to have a number two.  A deputy who will help you run the Chama and also step into your shoes from time to time during your absence.  This is an important official who can make or break the Chama.  A mistake from this individual in your absence may result to the demise of your Chama, thus it is very important to pick the right person and groom them to step into your shoes.

When it comes to selecting your deputy, you can recruit someone well known to you and make them your deputy or you can “develop” a leader from the members in the Chama.

The third situation which is probably unwise is to try to develop someone who has no leadership skills, and make her into one.  This kind of attempt is likely to fail. Leaders are not “created” overnight, or by training, or by the intervention of leaders. They “occur” in other ways, most notably because the person comes to be respected by his or her fellow Chama members based on her performance, demeanor and attitude. Trying to create one where leadership does not already exist smacks of manipulation and creates the opposite of what is needed for a deputy chairperson to thrive. It’s more likely that attempting to develop and create a deputy in a person without leadership skills will result in that person being seen as a “pawn of the Chama leader”, which, of course, is probably true.

Here are some ideas on how to pick and develop your deputy.
Once you identify someone in your Chama whom you think would fit to be your deputy, it may be best to offer the opportunity to her to learn more about how to become a more effective leader than to push that opportunity onto her suddenly. Let the person decide.  Many potential leaders don’t really want to be in the spotlight, or don’t see themselves as leaders, and will see your attempts to “help” as negative or intrusive. So, offer opportunities, and communicate.
Providing a graduated and progressive degree of authority may seem to be a good way to develop your deputy.

Another option is to let your members pick out your deputy.  For example, Chamas will sometimes appoint a member to the position of leader of the Chama. This can work. However if you appoint the person as your deputy it tends to alter the relationship of that person with his or her peers. That’s why a number of Chamas prefer to have the choice of who will be “leader” be decided by the Chama members, rather than the leader making a formal appointment. The leader then is more likely to be perceived as “one of us” rather than “one of the leadership team”.

One of the biggest influences on the development of your deputy is the existence of proper role models. That means that if you are the formal Chama leader you will find that your deputy will learn about leadership from watching how you behave, how you treat others, and how you communicate. Your actions are powerful. On the flip side, you’ll find that if you act in ways that seem to demonstrate poor leadership strategies, informal leaders will recognize that in you, and you may turn informal leaders against you. In short, this multiplies the effects of your
actions as an organizational leader. Pay attention.