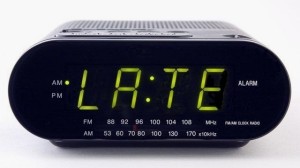 Chama leaders and members are often irritated by the disruption caused by other members who come late to meetings or miss part of the meeting by leaving early. The members who showed up for the meeting feel disrespected and that the late member does not value the time of others. Often this meeting disruption can be prevented by establishing some rules for meeting attendance or possible penalties for lack of meeting timeframe loyalty. Below are four ideas for preventing the problems that lateness and leaving during meetings may cause in Chamas.

Chamas who stick to their agenda timeframes, especially for starting and ending meetings on time, rarely have lateness or leaving problems. This is because members that may be late know the meeting will start regardless of whether they are there or not. Starting the meeting on time regardless of who is there can make others more aware of time and therefore they start planning to come on time.

Another way to ensure people come for the entire meetings is to have a rule where if someone is not present for a portion of the meeting, they automatically forfeit their representation on any issues or decisions made during the time they are not present. They give up the right to challenge a decision or bring up an issue related to problems that were discussed until it comes up again on a future meeting agenda. There is often a good reason for continuing with the meeting even if everyone is not represented as they should have known the agenda ahead of the meeting date. Using this rule will make others more aware of the importance of attending the meetings and thus they plan other time around the Chama meetings instead of letting other things take them away from the meeting.

Meetings where progress and decisions are recorded in a way that is visible to the entire group throughout the meeting timeframe do not have to stop to catch-up members who miss part of the meeting. Instead members who are late or step out for a portion of the meeting catch themselves up by reviewing the visible records against where the team is on the agenda. This not only saves time for the people who were in the entire meeting, it also allows the person who missed part of the meeting to join it at the current point rather than being lost during the meeting process.

Some teams choose to charge a late fee or a leave early fee of anywhere between 50 shillings to 200 shillings. The thought being personal cost will cause the person to think before deciding to miss a portion of the meeting. The proceeds from the penalty collection are often used to fund a Chama celebration at the end of the year. Please note that sometimes money collection can backfire as some members will think it well worth the fee to leave an unproductive meeting or be late due to personal poor planning rather than learning to better plan their time and effectiveness of future meetings.

Every Chama should consider ideas for preventing lateness and leaving during meetings. However, the group needs to be aware that they need to be selective in establishing rules for penalties of not adhering to meeting timeframes rather than trying to use every idea. Having rules and a process for enforcing the rules will help all members to feel more respected and to recognize the value of the other’s time too. Potential irritations caused by other members being late or leaving for part of a meeting will be reduced as all members begin to adhere to the rules and acknowledge the importance of meetings.