chama management, Chama meetings, Chamas
How to succeed with your Chama
January 21, 2014   by Chamasoft 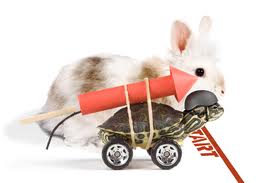 Look around you and you will find some Chamas that have accomplished so much.  Well, this did not just happen, there are some things people in these Chamas do that have helped them meet their success.

Sense of purpose
In successful Chamas all the members know the Chama’s goals, objectives and vision at their finger tips; and they are focused in the pursuit of the Chama’s objectives. They know their specific role in the Chama and they concentrate on this role to make sure that the Chama objectives are met.

Commitment
Take a closer look at the characteristics that make up successful Chamas and you will see commitment at the core. Successful Chamas are committed to the success of the Chama in which they are part of.

Goal and Result Oriented
Successful Chamas are result oriented. They know that their competence and credibility will be judged based on their accomplishment; so they press forward for positive results because results keep them in the game. If they fail to produce results; they will get kicked out of the Chama by the Chama leader.

Team Players
Successful business teams are team players. Though members of the Chama are individual thinkers; they all act with same definiteness of purpose towards actualizing a common goal.

Good Leadership
Leadership is key to an effective Chama. Without a strong leader, a Chama can feel out of control and chaotic. The leader does not necessarily have to be a specific person, but can also be a group of persons. Some common traits for good leaders include courage, fairness, and intelligence, the ability to be straightforward, friendliness, honesty and creativity.  Leadership is essential to unite the group together and organize the vision.

Listening Skills
For a team to be able to thrive, it is important that all of the members listen to each other. If something is not understood, clarification is crucial. Chama members should show an active interest in how others think and feel.

Trust
Trust is one of the fundamentals of a Chama. The Chama members should trust each other and also have trust in their leader. People on the Chama should be confident that the other members’ actions are in everyone’s best interest. Feelings like doubt and suspicion should never be present in an effective Chama environment.

Lack of Selfishness
To make a Chama succeed, there can never be any room for selfishness. Selfishness defeats the entire purpose of what Chamas are all about. Nobody in a Chama should be in it looking for personal credit, but rather, credit as a Chama. Selfishness often leads to counterproductive issues, such as competition from within a Chama, which can be bad to the final goal.

Mutual Appreciation
In teamwork, it is important for the members to be able to share in their successes. On the way to a goal, it can help greatly to boost morale to celebrate all of the little victories. Give your members a pat on the back when they come up with or accomplish something good for the Chama. Make your members aware that you appreciate them and enjoy working together.