Chamas
The Youth And Chamas:Seizing The Opportunity
May 24, 2018   by Victor Makau

Gone are the days when chamas ( self-help groups) were a preserve of women ,and especially the less-educated people who lived in the village.These were the pioneers of the chama ideology; they came together to form small informal groups which ,through contributions and savings,helped the members to fend for their families and meet their financial needs.

Growing wealth is easier when done in groups

Time has proved to us the numerous benefits that members enjoy by joining chamas. However, if there is a section of society that has not yet awakened to this reality are the youth. Armed with the right information, young people will be open to a vast amount of financial and social benefits that investment groups have to offer.

I once had the opportunity to interact with a duo from Kayole in Embakasi East Constituency, Nairobi. Sam and Mike (not their real names),both young men aged 21 and 23 and born and raised in the town, shared with me about their intention to start a group that through community service was intending to source for funds from the county government to better their lives. They already had a list of seven other youths whom they saw as potential members and were planning on recruiting them. That was a very brilliant idea they had, but there were some things they had not considered.

When starting a chama, it requires more than just an idea in mind. It is important to have a solid plan, with definite goals and a well laid out chama constitution .What they  had was more of a wish than a plan. The problem facing most youths who intend to start chamas is the lack of necessary managerial and planning skills,hence they end up feeling frustrated because what they thought  were  “grand ideas” fail to take shape.

Young people also need to be aware of the various government policies and institutions that have been put in place to help them start and finance their self help groups. Take for instance the Youth Enterprise Development Fund,a major vision 2030 flagship project of the Kenyan Government, which provides easily accessible financial and business development support for the youth. This is a golden opportunity which if, taken can improve the lives of young people by leaps.One way to do that is to form youth chamas, because they give a better bargaining chip when it comes to soliciting for loans . 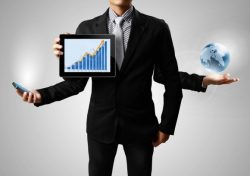 It is also very helpful for young people to take advantage of technology to help in managing their chamas. With social media platforms, it is now easier than ever to connect with chama members. Some groups opt to holding chama “meetings” online, through a Whatsap groups, due to the professional commitments of their members and distance barrier. However, physical meetings should not be neglected  as they  cement bonds between members.The adoption of group management software like chamasoft to automate chama activities and ease group management is also helpful.

It may take time for a chama to actualize its financial goals, but with patience and discipline, the livelihoods of the members will be changed for the better. It’s time that young people embraced the idea of chamas, because it is one sure vehicle that can take them into financial independence.