chama constitution, chama management, Chama meetings, Chamas, Investment groups
What to do with a Chama member who talks too much
November 14, 2013   by Chamasoft 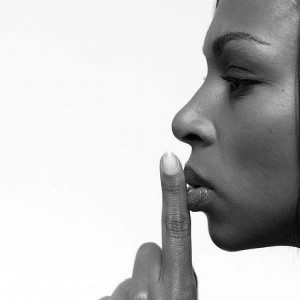 What to do with a Chama member who talks too much

How do you handle a situation as a Chama leader where one member of the Chama seems to dominate the conversation during meetings? How often have you been in a Chama meeting and said to yourself “Why don’t they shut up for a few minutes? They’re talking too much.” This person ends up dominating the whole meeting. Seriously, these situations can be tricky.

Leaving this dominating issue unresolved can definitely harm the overall effectiveness of the Chama. Over time, other members will either attend Chama meetings reluctantly or find a very good reason not to attend at all. This will greatly damage the sense of teamwork in the Chama. What can make it tricky is that you want to deal with this without upsetting the dominating member. They are part and parcel of the Chama and still have a valid and valued contribution to make to the overall success of the Chama and, therefore, their participation still needs to be encouraged. So, how do you handle a dominant Chama member? Here’s how.

Make sure everyone is prepared.

Make sure that all Chama members are given the meeting agenda in advance. Ask them to prepare their inputs depending on the subject matter. Chama members will all also note that each of them have been given a certain time slot and a certain amount of time to give their inputs. It’s up to you – the Chama leader to ensure the agenda is followed to the letter.

Do not block your dominating Chama member’s desire to be recognized as an expert; use it to instruct the Chama. Ask the dominating member to instruct the Chama about an area of expertise. Because these types of people tend to want to protect their authority on certain subjects, let them be an authority for the Chama. The dominant member receives recognition for knowledge and intelligence, and the Chama can move forward because everyone has the information necessary to proceed.

Let the Chama know that all statements must be backed up by facts, and you will prevent your dominating team member from declaring that their statements are universal truths. Allow anyone at any time to ask for data, facts and supporting evidence for assertions. This not only prevents the talkative member from dominating with her subjective point of view, it empowers the group to embrace a decision-making process that is grounded in reality.

Direct the conversation to other Chama members.

One technique of deal with Chama members is to talk too much; Use pauses in this member’s conversation to ask other members for their input. Change the subject so that others have an opportunity to use their knowledge. If this technique doesn’t work as well as you would like, pull the talkative member aside and tell her you appreciate her input, but you want others to have the opportunity to participate more.

Related articles across the web