What makes a Chama stick together?

In Chama’s’, several factors contribute to the members staying together. Cohesion can be considered as the glue that binds a group. Individualistically each one of us is self-directed, seeking different objectives, and yet we would also like to belong to a group; a group that can sustain us and guides us. We all go into Chama’s with the aim of achieving change.
Chama’s are often formed with a common goal among individuals. Most groups are created to enable members invest, or participate in an investment opportunity as a team to enhance their income scales.

Chama’s are not only founts of investment and information, but they also help the individuals answer their significance of existence question, “What do I want to achieve?” Often as one selects to associate with others, they look at their personal goals and try to identify with a particular group that suits their needs. Since most of the members come from the same social setting,” class” status is left behind, and members associate as one. Membership is done by identifying others who have the same goals and are willing to join the team. Group membership frequently occurs by word of mouth and those interested assemble and come up with common goals, contribution methods, and rules to govern themselves within the team.

Groups have always been considered as a source of motivation and performance. Members often learn from each other. It’s also motivational to encourage members to share their experiences openly. Through these talks, each member of the group can gauge their performance and implement other ideas by listening to others experiences. As a Chama leader, a member should allow members to engage in open discussions about ideas collectively or individually to motivate and improve the member’s ability to participate, feeling part and parcel of the group. 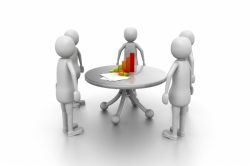 Within a Chama, it’s important to know how to engage members in a friendly manner.Anyone facilitating in a group should be careful in term of choice of words and the tone of voice. When facilitation is done well, it enables each member feel a sense of belonging. Members participating in the discussion should be mindful about how they conduct themselves to avoid passing the wrong message other members’. This enables cohesion stick.