General
How to Run Your Chama AGM Meeting
July 14, 2014   by Chamasoft

Every chama  must have an AGM Meeting(Annual General Meeting )at least once an year. Some will even have EGM(Extra Ordinary Meetings) to make some decisions that cannot await a formal AGM. There are some prepartions that your can undertake to make your AGM a rousing success

Here are a few tip

Formal Notice:Inform the Chama about your AGM in good time

For the Chama AGM to be successful, its important to inform the membership about it at least 21 days before the due date. This should be a formal notice to all members and this will give them enough time to also prepare.  The  notice should have the agenda for the AGM.

Get a great venue

The AGMs Venue should be booked early enough and all arrangements  made with the venue owners and if you are travelling far from where your chama is ‘domesticated’, remember to ensure that you have made all the necessary travel arragements for the members. Its also important to ensure that you keep time for the AGM

Its great to remind members about the AGM day by sms, phone calls and/or emails to ensure that majority of the members will attend. Its also important to make the same reminder to third parties like your auditor so that they also remember to attend 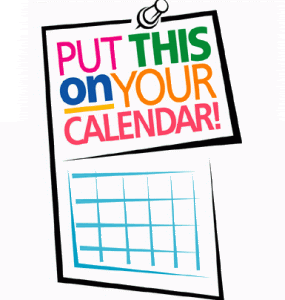 Remind Members about the AGM

As an investment and/or savings groups, its important for members to know how they have done during the year. This means that the report on annual performance must be backed by an audit report from your auditor. The auditor should therefore read his report for members and provide them with clarifications during the AGM. The Auditor should ideally take the investment club through the  Audited financial statement and then answer member concerns  and also provide insights into some recommendations to take the group to the next milestone.

The Chairlady or Chairman of the groups should of course have his own  speech to give to the members. This should be an inspiring and challenging speech , well crafted in advance taking cognizance of groups achievement for the last 1 year.

HOW TO RUN YOUR CHAMA AGM MEETING

The Leader of the groups should also set the tone for the groups goals and milestones for the coming year. Its also important to  give due recognition to the members or/and committees who have done well the previous year to advance the goals and inspirations of your group.

Whether or not you will have elections of new members into the groups will entirely depend on your constitution. Some groups have tenures for 1 year, others 2 years and even others 3 years for elected officials. Its also wise to consider some ‘hard rules’ eg only 50% of officials will be replaced  in order to ensure continuity in existing projects. Make sure you have a clear voting process with clear rules to members on what position they are voting for to avoid confusion.  The results should be announced immediately and new officials installed.

If your groups gives dividends to the members at the end of the financial year, it would be a fitting occassion to distribute the awards at that particular time. The welfare committee can also gift the members who have extremely well during the year for the chama. The gifts should not necessarily be expensive but as a token of appreciation to the members and to encourage all members to work alot harder for the group in the coming year

Anything else we may have left out? Would love to hear from  you about your AGMs

It is a great piece of information. Will apply in our next AGM. Thanks alot.

Great to be of use to you and your chama

Thanks, we will keep adding to this resources. You can also suggest what you want us to write about

Good info and will definitely implement during our AGM

Ahoy Carol, Thanks for reading. Was great meeting and interacting with your chama. You are going places

Thanks for this. Do you provide consultancy services for chamas?

Yes, what kind of consultancy services would you want? You can email us info (at)chamasoft.com