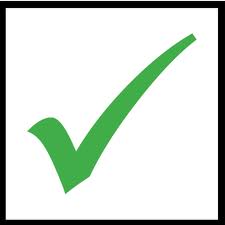 The Second Chama meeting – Getting it right

At this meeting, a name for the Chama must be picked and registered with the Ministry of Gender and Social Services. When the paperwork returns, the newly elected Secretary of your Chama should make sure that the paperwork is filed and that members of the Chama have access to the information.

An important decision, is where your Chama will bank money. Before the second meeting, the Treasurer should do some research on what banks are offering for Chamas and report to the group. A decision will be made on the institution the Chama prefers and the newly elected treasurer will now be able to open up a bank Chama account for your Chama.

The leader of the Chama should organize for the Chama to undergo training which is available from local banks such as Bank of Africa, National Bank, Co-operative Bank and Deposit Taking Microfinance Institutions such as Faulu, Rafiki, Kenya Women Finance Trust, SMEP as well as saccos such as Unaitas offer Chama accounts. During these training sessions, members have a chance to learn more about group investing and the power of Chama investments. Here, they can ask questions and learn from other peoples’ experience. The leader should ensure that the Chama gets regular training to sharpen their skills and build momentum for investment.

The secretary should be sure to have copies of the minutes from the last meeting available for all members of your Chama. This is so that each member, whether or not they are an elected officer, feels that they are a part of the entire Chama.

All original copies of official documentation should be kept by the secretary in a safe place. This includes any registration papers, member information, and any other official records that need to safe guarded.

Most Chamas use execution-only brokers, for the simple reason that members want to make investment decisions themselves, and there’s no point paying more in commission than you have to. Commission charges are an important factor in choosing a broker. If your Chama will not go into stock investment immediately, then you can leave this exercise for a later date.