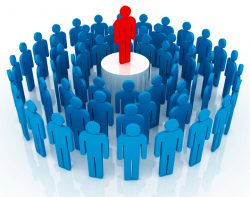 Leaders need to show more composed in any Chama when there is a meeting or a problem to be handled.Leaders must have greater poise, agility and patience to lower the impact of uncertainty.
How leaders respond to growing pressure in a group is an indicator of their leadership maturity and preparedness. The composure of a leader is reflected in their attitude, body language and overall presence.
Leadership is not only about elevating the performance, aptitude and development of people – but more so about the ability to make people feel safe and secure.

As a leader , when leading – especially during times of uncertainty and adversity, crisis and change – as a leader of a group one  must avoid showing any signs of leadership immaturity or lack of preparedness that will make members  doubt  your leadership.

Don’t Allow Your Emotions to Get in the Way

Seasoned leaders know not to wear their emotions on their sleeves. When things are not going right in the Chama do not yell or get overly irritated. As a leader one ought to have emotional self-control that even  the body language does not give the group ability to notice any changes.

Allowing emotions to get in the way will leave members interpreting that their appointed leader is not being objective enough but too passionate about the situation at hand.  Strong-willed leaders can maintain their composure and still express concern and care, but not to the point that their emotions become a distraction – or that they can’t responsibly handle the issues at hand.

Leaders shouldn’t take things personally when things don’t go their way. Decisions and circumstances don’t always play out logically because of politics and other dynamics in the group. As a leader, one needs to remain calm and avoid getting defensive or think that they should always  justify thier actions.

If a leader begins to take things personally,it’s difficult to maintain composure and make those around you believe that you have things under control.  In fact, when leaders take issues too close to heart, they allow the noise and politics around them to suffocate their thinking and decision-making capabilities.

Leaders should always project confidence.  During uncertain times, leaders must remain fearless and project a calm persona that communicates composure to those they lead.

When a leader begins to fear adverse circumstances, they  not only put themselves in a position of vulnerability, but it becomes extremely difficult to act rationally and objectively. When panic walks in ,the mental ability freezes and focus is lost . 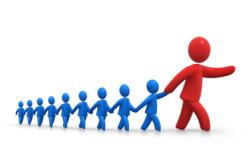 Members are always watching their leader’s actions, relationships and overall behavior. During the most difficult of times, leaders must maintain a positive mental attitude and manage a narrative that keeps the group inspired and hopeful.

Leaders set the tone for the group they serve. A positive attitude can neutralize chaos and allow a leader to course correct through any negativity. Members feed off the attitude of these leaders during times of uncertainty. Keeping a positive mental attitude and never stop moving forward as a group leader. Stay focused on building positive momentum for the betterment of the members .

Leaders who maintain their composure will never show any signs of doubt.  They speak with conviction, confidence and authority – whether they know the answer or not! With their delivery alone,  they give their group members a sense that everything is under control.

Leaders are most composed during times of crisis and change when they are fully committed to resolving the issue at hand. When a leader is accountable, this means that you have made the decision to assume responsibility and take the required steps to problem solve before the situation gets out of hand.

When leaders assume accountability, they begin to neutralize the problem and place  the environment from which it sprung from.

Great leaders know that one of the most effective ways to maintain composure during difficult times is to act like you have been there before.

Leaders that act to show they have been through the problem solving process numerous times before are those with strong executive presence. Approaching the matter at hand with a sense of elegance , they are patient, they are active listeners, and they will genuinely take a compassionate approach to ease  hardships.

It’s easy to lose composure during times of crisis and change if you let concern turn into worry and worry turn into fear.

By maintaining composure, leaders remain calm, cool and in control – enabling them to step back, critically evaluate the cards that they have been dealt and face problems head-on.

A show of composure also puts those you lead at ease and creates a safe and secure group culture where no one need panic in the face of adversity.

As the saying goes, “Keep Calm and Carry On!