General
Group Cohesion: Creating a distinction between Winning Vs. Loosing in a Chama
August 12, 2016   by Anne Oyoo

Group climate is the emotional atmosphere, the enveloping tone that is created by the way we communicate in groups.
A positive climate exists when individuals perceive that they are valued, supported, and treated will by the group.
A negative climate exists when group members do not feel valued, supported, and respected, when trust is minimal, and when members perceive that they are not treated well.

Hyper-competitiveness- The excessive emphasis on 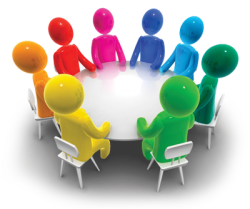 defeating others to achieve one’s goals.

When Winning is Relatively Unimportant

All three of the above conditions must be satisfied for constructive competition to occur.

Competition and Communication Competence: Can Me Be We?

The cooperation advantage is especially significant when compared to the disadvantages of competition that is hyper-competitive, between unequal opponents, and conducted unfairly.
There are two primary reasons why cooperation promotes and competition dampens achievement and performance for most groups and individuals.