“Leadership is the ability of a superior to induce subordinates to work with confidence and I zeal” — Koontz and ‘Donnell. 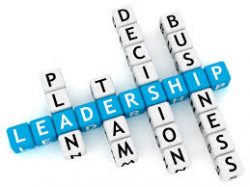 Leadership may be defined as a position of power held by an individual in a group, which provides him with an opportunity to exercise interpersonal influence on the group members for mobilizing and directing their efforts towards certain goals.

The leader is at the center of group’s power structure, keeps the group together, infuses life into it, moves it towards its goals and maintains its momentum.
He may emerge in a group by virtue of his personality characteristics and qualities or by virtue of common consent by group members. In the latter case, the leader derives his power from the group members.

Leadership position exists in most group settings irrespective of the size of the group.
For example, a leader of national or international standing commands widespread influence over a large number of people while the influence of the leader of a small work group in an organization is very limited.

Both are leaders in their own right and fulfill our definition of leadership.
Leadership is an influential process. The leader is in a position to shape, regulate, control and change the attitudes, behavior and performance of his group members.

The latter are supposed to comply with the former’s desires and directives and partially suspend their own judgment and discretion.

There exists a particular relationship between the leader and his group members which is characterized by interpersonal and social interaction.
In a group, the leader and his followers play the roles expected of them and thereby seek to justify their respective positions. 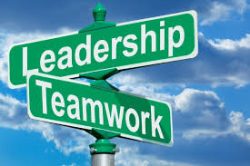 Some leaders may be able to play their role effectively whereby they succeed in getting the willing cooperation and commitment of their followers, beyond the normal call of duty.In any group situation, the leader has a few bases of power by virtue of which he is in a position to influence the behavior of group members. They are:

Distinct personality characteristics like for example, will to dominate, ability to establish rapport, skill to communicate, identity with and understanding of people, decisiveness and soon.
Skillful use of these power bases by a leader is likely to bring success to him; and success in some cases adds to the power of the leader. A successful leader gains more credibility in the eyes of people; they often tend to ignore other deficiencies in him; they resolve to adhere to him and allow themselves to be further exposed to his influence attempts.
In this way some leaders entrench themselves in their positions. Some even misuse their power and often get away with it. Power carries with it an equal amount of responsibility. Leaders who relate their power with responsibility in a consistent manner are more successful in their influence than otherwise.

Leadership is the motivating power to group efforts. Effective leadership motivates the subordinates for higher productivity.

Good leadership increases the morale of the employees which, in turn, contributes to higher productivity.

Effective leadership promotes team-spirit and team-­work which is quite essential for the success of any organization.

A progressive, forward and democratic minded leader always encourages initiative on the part of the followers.

A leader overcomes resistance, if any on the part of followers to organizational changes; through explaining to them the utility of such changes to both—the enterprise and the employees.